noun
1.
movement, passage, or change from one position, state, stage, subject, concept, etc., to another;change: the transition from adolescence to adulthood.
2.
Music.
a.
a passing from one key to another; modulation.
b.
a brief modulation; a modulation used in passing.
c.
a sudden, unprepared modulation.
3.
a passage from one scene to another by sound effects, music, etc., as in a television program,theatrical production, or the like.
verb (used without object)
4.
to make a transition: He had difficulty transitioning from enlisted man to officer.

Life is a series of transitions.

Some are normal, like moving from infant to toddler, some are not like being a sweet child and turning into an angry adolescent overnight.

Some are easy, like tapping your feet to music, some are as difficult as learning to pirouette on your toes.

Life is full of transitions and so is writing.

Writing transitions is hard work. Some transitional scenes take authors hours, days, or even months to write, and then they may still not be happy with what they have produced.

This column is actually a transitional column. Up until now it has been about writing, books, and authors. There will be more columns like that in the future, but they are going to take turns with life's observations.

I have found that although I love to expound on writing, I get tied of harping on the same things bothering me. I have also found that things that bother me don't bother other people until I point them out to them. (My daughter will never forgive me for a comment I made about Mr. Bingley's head. And no, I am not going to repeat it here, because then it will bother you too. Just forget about it.)

I have not been a good little blogger writing every week the way I had promised myself I would. Writing, life, and the Little Guys tend to have other plans for me. However, I am going to give it my best shot and I intend to write about the mundane and the profane and every so often I will throw some tips or gripes into the mix.

I hope you will all read the columns and let me know what you think of them. If you have a favorite subject you would like me to rant or rave about, let me know. I may, or I may not, use it.

Read and be merry, my friends!

Oh, and be sure to enter The Scavenger Hunt. There are fun prizes to win and it is easy/peasy!  scavengerhunts.vpweb.com/Event.html 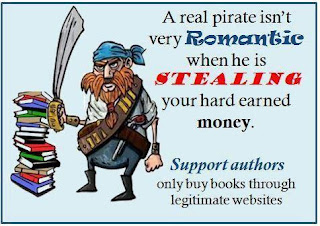